Along with becoming the 15th most populous country in the world, ranked 3rd in Southeast Asia, Vietnam is also a country with an increase in demand for housing in the leading urban areas in the region. According to preliminary results from the largest population and housing census ever published by the General Statistics Office, as of 0h on April 1, 2019, Vietnam's population reached 96,208,984, became the 15th most populous country in the world, ranked 3rd in Southeast Asia after Indonesia and the Philippines. 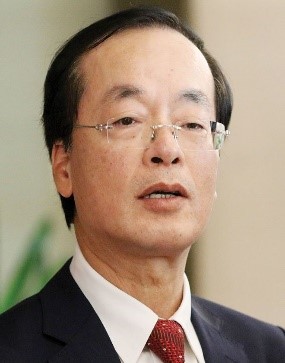 Real estate prices are still higher than their real values. The next solution will be to increase supply because increasing supply will reduce real estate prices. At the same time, prevent timely price blow, price push, speculation of a number of profiteers. Minister of Construction, Pham Hong Ha

The two cities with high population density in the country are Hanoi 2,398 people/km2 and Ho Chi Minh City 4,363 people/km2. The population density of these two socio-economic centers is 10 times higher than that of the whole country. This is partly explained by the fact that in the past 10 years, with the expansion of administrative areas, these were also the two cities with the highest urbanization rate in the country.

Statistics from The United Nations University World Institute for Development Economics Research (UNU - WIDER) show that, in the past 20 years, the number of Vietnamese migrants from rural areas to cities has been equivalent to the population of a large city (estimated at 6 million).

The report also indicated that Hanoi and Ho Chi Minh City had the largest number of migrants, with 26.55% and 16.51%, respectively (according to data recorded in 2012). This reinforces the perception that migration activities tend to be concentrated in large cities. This rule is even more evident in 2014, when Hanoi and Ho Chi Minh City received 26.99% and 20.55% of the total number of migrants, more than the previous two years.

The age of "divorce" is also rejuvenated when many students right at the age of 2 and 3 have been invested by their parents to go to the city to study in specialized or well-known schools.

According to Ms. Do Thi Thu Hang, Deputy Director, Head of Consultancy Research, Savills Hanoi, the first fundamental factor is the population structure of Vietnam, which is the main and sustainable source of demand for real staying. The migration combined with natural population growth creates a great demand for housing in cities like Hanoi and Ho Chi Minh City. On the other hand, the decrease in household size also brings to the housing market a new demand from small split families (including one-person households).

Ms. Hang said that these factors leaded to an average of 81,000 and 63,000 new households in need of housing in Hanoi and Ho Chi Minh City respectively. Considering the demand from the dwindling housing deficit, these numbers were 130,000 and 134,000 households, creating a solid foundation for the housing market in the two cities.

While the demand is increasing, on the contrary, from mid 2018 until now, instead of adding more supplies, new products to the market continue to follow the trend of dripping. Especially, from the beginning of 2019, the number of newly launched projects to the market is only counted on the fingers, such as in Ho Chi Minh City with only 3 new projects launched in the last 6 months.

In Hanoi, according to Real Estate Investment Report, the majority of products launched in the last two quarters came from old projects such as Roman Plaza of Hai Phat Invest, Eurowindow Riverpark of Eurowindow, Bamboo Garden of CEO Group, Vinata Tower of Vinaconex - Taisei JV... Among them, the most notable is the supply from 2 large projects of Vinhomes Ocean Park Gia Lam and Vinhomes Smart City Nam Tu Liem.

In addition, according to the record, from the beginning of the year until now, there have been a number of new projects launched and introduced to the market such as The Zei of HD Mon Holdings, The Legacy of Digital Housing Investment and Development Joint Stock Company No. 41, Stellar Garden of Quang Minh Construction and Trading Joint Stock Company, Bea Sky of Dai Dong A Investment Joint Stock Company, Imperia Sky Garden of MIK Group, Hanoi Golden Lake of Hoa Binh Company Limited (Hoa Binh Group) and the latest is The Terra An Hung project of Van Phu Invest.

The latest report of the Vietnam Real Estate Brokers Association shows that Hanoi's real estate supply in the second quarter reached 7,772 products, up 49.3% compared to the first quarter of 2019. For the first 6 months of the year, the housing supply reached 12,976 products, equaling 76.05% compared to the same period in 2018. 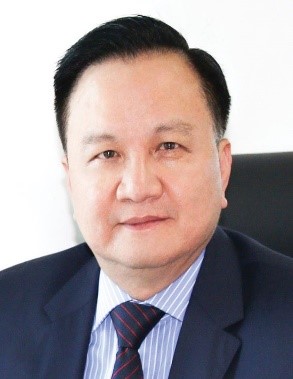 Reduced supply makes prices increase, but the psychology of home buyers in Vietnam today is much more open than before. Recently, many people can accept the price that previously the real estate developers themselves, investors did not think about. Therefore, the issue of price is not so important story for the real estate market as before. Mr. Nguyen Vinh Tran, General Director of MIKGroup

Meanwhile, in Ho Chi Minh City, in the first 6 months of 2019, housing supply reached 10,715 products, equaling 39.1% over the same period. According to Mr. Nguyen Manh Ha, Chairman of Real Estate Brokers Association, the demand is still high but the supply is limited, making the market show signs of instability. In particular, it is possible to mention the sharp increase in prices, the shortage of housing for people. From there, there will be speculation, pushing up prices to manipulate the market.

The decline in supply originated from the fact that many localities, especially Ho Chi Minh City, tightened licensing activities for projects, tightened legal conditions and reviewed projects originating from public land. In fact, in Ho Chi Minh City the number of projects approved in the first half decreased by two thirds compared to previous years.

Mr. Ha said that in the remaining 2 quarters of the year, the two big cities of Hanoi and Ho Chi Minh City continued to have difficulties in supply. "To have a new supply, it is necessary to wait for a while" Mr. Ha said. Currently, state agencies have noticed signs of instability in the real estate supply, so in some localities such as Hanoi and Ho Chi Minh City are promoting reducing administrative procedures, reviewing projects that are eligible for coming to market soon.

However, Mr. Nguyen Manh Ha also said that, in addition to the lack of good product supply, the too tight real estate credit policy will also cause negative effects both psychologically and substantially on the real estate market in general.

Sharing the same view, Mr. Pham Lam, General Director of DKRA Vietnam said that the market is in unpredictable stage, complicated happenings, continuous cooling of both new supply and consumption of this new supply.

In particular, Grade C apartments are still absent in the market. According to DKRA Vietnam, the lack of supply has pushed up the price of real estate recently. According to market records, in both the apartment and land plot segments; Industrial and office real estate tend to increase selling and renting price. In the apartment segment, the price is about VND 2 billion/unit, the increase is recorded around 20% within 1 year, there are beautiful location projects, reputable developers of secondary prices can reach the increase of 25%/year.

Credit control in the real estate sector is necessary to avoid real estate market bubbles, ensure the safety of the financial system, and force real estate businesses to be more proactive in creating capital. However, according to Mr. Ngo Quang Phuc, General Director of Phu Dong Group, it is necessary to adjust to create a "serene" for the market. 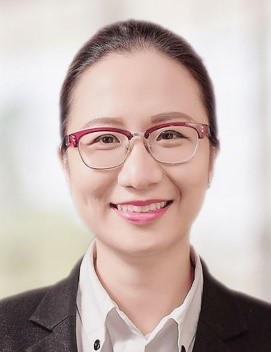 The growth momentum of Vietnam's housing market is driven by the golden demographic structure and positive economic prospects. Ho Chi Minh City and Hanoi are going through a period of strong transformation, comparable to other cities in the region. The apartment market is driven by strong housing demand, while the high-end segment is attracting the attention of the super-rich class in the country and the region. Ms. Vo Thi Khanh Trang, Head of Consulting Research Department, Savills HCMC

Specifically, Mr. Phuc said, Circular 16/2018/TT-NHNN issued on July 31, 2018 of the State Bank amends and supplements a number of articles of Circular 36/2014/TT-NHNN, regulating The decision to reduce the ratio of short-term capital used for medium and long-term loans to 40% has had a strong impact on transactions. Because it is difficult to access capital, house prices increase continuously, so the demand for investment and real estate trading plummets.

"The declining real estate market has caused many manufacturing industries in the real estate supply chain to follow suit, which may cause GDP growth to not be as expected. Moreover, the demand for real estate needs for the period of economic integration based on the new type of free trade agreements have begun to be implemented", Mr. Phuc emphasized. He also said that the policy of ensuring safety for the credit market was necessary. However, being too safe is against the law of the market, making the market unable to develop.

Sharing the same view, lawyer Nguyen Van Loc, Chairman of LP Group said that it is necessary to create a mechanism to put credit into real estate with reasonable control. The State Bank is still in control of a wide range of interest rates, limits - prudential ratios in credit activities, especially the ratio of short-term capital for medium, long-term loans to real estate enterprises.

"The consideration of drawing up a separate regulation on the lending interest rate mechanism for the real estate business sector is also to be considered" Mr. Loc proposed. At the same time, according to this lawyer, there should be a mechanism to strengthen the link between finance and real estate with an open policy and the necessity of this link is transparency and clarity.

Before the credit tightening situation continues, according to Ph.D Dinh The Hien, a finance-banking expert, the best solution in the current context for real estate investment and business enterprises is to need a proactive handling plan. When there is a good product, but there is an overdue debt, the project investor needs to calculate and work with the debt bank to find a solution. Enterprises also need to learn how to reduce their dependence on bank credit. When implementing a project, they must plan in detail, in detail and closely each revenue - expenditure, sales progress - project schedule. If the project is prolonged, it is easy to "break the battle".

Three scenarios of the market in 2019 This year the economy has developed steadily and the real estate market does not have much momentum to thrive, but it is not weak. There will be 3 possibilities for this market. Firstly, if the situation is normal, the market will move sideways with a slight correction. Secondly, there are 3 emerging real estate segments: Industrial real estate; houses for rent at affordable rates, luxury real estate and super luxury real estate. Thirdly, the world economic volatility is not favorable, affecting Vietnam and the macro economy is only moving sideways, the real estate market may be adjusted in the end of 2019.

According to Viet Duong - Duc Thanh