Real estate is the second field that strongly attracts foreign investment flows into Vietnam, in the first 9 months of 2019 to reach 2.77 billion USD, mainly from South Korea, Singapore and China. 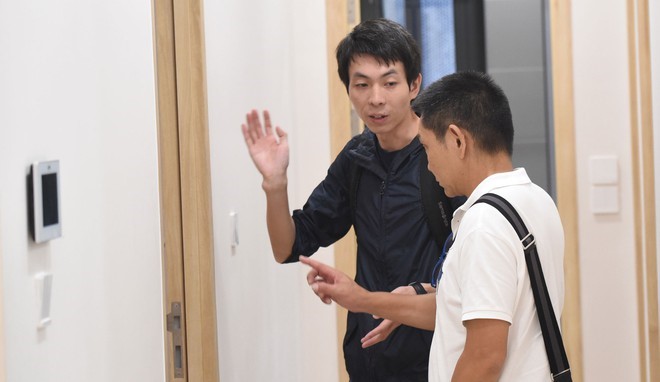 In the latest report on Vietnam's economic overview in the first 9 months of 2019, JLL Vietnam Consulting Company said that the total foreign investment committed to Vietnam reached US $ 26.16 billion, up 3.1. % compared with the same period last year; the total newly registered capital reached over 10.97 billion USD;

Disbursed FDI capital reached US $ 14.22 billion, up nearly 7.3% over the same period; Among 19 registered investment sectors, real estate is the second largest field of investment attraction, with US $ 2.77 billion, mainly from South Korea, Singapore and China.

Capital flows from Korea ranked second among the countries investing the most in Vietnam in the first 9 months, with 4.62 billion USD. The fields that Kim Chi investors are interested in in the real estate market are real estate industrial parks, housing, stock investment, participating in M&A...

Specifically, the funds managed by KIM bought more than 1 million HBC shares, thereby raising the holding to 11.79 million units, the ownership rate of 5.11%, becoming a major shareholder from the date 2/10. It is known that KIM's portfolio in Vietnam is currently approximately 1 billion USD.

The housing market also attracted strong capital inflows from Korea. According to Savills Vietnam, Korean real estate investors have been seeking alternative markets, Vietnam is one of the top destinations in sight.

The Chosun Ilbo, a major newspaper in South Korea, said that Korean individuals and businesses spent US $ 440.1 million on overseas real estate in 2018, an increase of 47% compared to 2017 and sharply 3.8 times more than 5 years ago. Vietnam is the second market in terms of investment scale of Korean investors, with US $ 56.1 million.

The attractiveness of Vietnam's real estate market is explained by a number of key factors such as attractive price, high profit potential, and quality products thanks to the participation of prestigious developers and the Law. Housing is loosened to create conditions for foreigners to buy houses.

Apartment prices in Ho Chi Minh City and Hanoi are generally lower than regional centers in the region such as Kuala Lumpur and Bangkok, although growth rates are much stronger. New home prices in downtown Ho Chi Minh City average from 5,500 - 6,500 USD m2, only a fraction of the price in Hong Kong.

In addition, the real estate tax rate in Vietnam is relatively low, attracting both domestic and foreign buyers.

More attractive than industrial real estate. Talking to reporters of the Securities Investment Review, Mr. Vu Cong Tru, Director of Strategy and Marketing, Sao Do Group, said that the industrial park at Nam Dinh Vu port that the Investment Group is attracting businesses to from many countries, including Korea.

According to Mr. Head, the latest enterprise from South Korea to join Nam Dinh Vu Industrial Park is Anova. Here, there are joint venture investors who work in logistics warehouses, investors in the manufacturing sector, investors in secondary LG supply, businesses mainly trading products with advantages in sea.

Foreign capital inflows, including Korean capital, are expected to continue flowing into Vietnam market, with factors such as a "push" such as the advantage of Vietnam joining in signing many trade agreements. freedom, the US-China trade war has not ended, the trend of foreign investors' investment movement...

The demand for this segment is still large and investors pay special attention to the Vietnamese market when it has abundant labor force and low cost.

However, Ms. Khanh also noted, the infrastructure will face many challenges to keep pace with the growth momentum of foreign manufacturing enterprises turning to Vietnam.

According to Hai Minh