According to Savills Vietnam, if the development of a specific industry in the world becomes important because this activity helps to bring operational efficiency. Meanwhile, in Vietnam, clusters of industrial parks are scattered, making rental performance is not high.

According to this unit, in highly industrialized countries, concentrated development by specific industries becomes important because this activity helps bring operational efficiency. This means that centralizing an industrial cluster in an area will be much more efficient because the steps in the manufacturing process will be close to each other and synchronized.

The value of focusing on cluster development has been recognized for individual industrial sectors. This also allows provinces or regions with low competitiveness to develop and compete more effectively. At the policy level, it is also beneficial for tenants to focus on areas by industry, instead of the context of separate and scattered industries across the country.

Meanwhile in Vietnam, industrial zones have almost no cohesion. This is considered a missing point on the map of Vietnam industrial real estate. Research on this unit points out, locating 190 industrial tenants according to Vietnam's economic sector level 1 "Wholesale and retail; repairing automobiles, motors, motorbikes and other motor vehicles” shows that tenants are scattered across the country, with a few exceptions in Hai Phong. 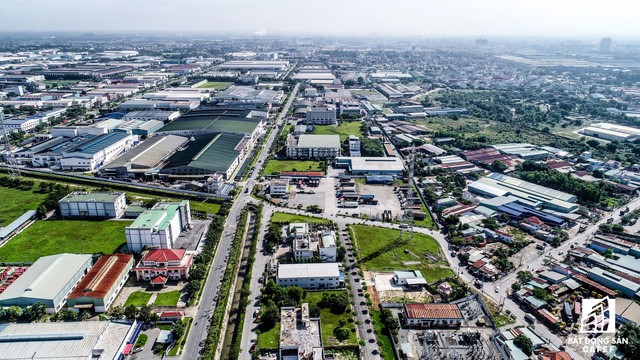 Hai Phong is a locality that has a strong development of electronics industry but is now developing auto industry. With favorable infrastructure being gradually completed and close to major markets, this will be an outstanding industrial locality.

Long An currently has low rents and will benefit from connecting Ben 3 belt.

Meanwhile, Binh Duong is currently benefiting from the proximity to Ho Chi Minh City and has recorded a rapid increase in land prices, which has also increased the value of land in neighboring areas.

According to Savills, industrial real estate is heavily influenced by infrastructure, depending mainly on the distance to the source and destination markets. Because industrial land is quite similar, these operational variables will have a great influence on tenants. The concentration of industrial clusters will increase efficiency in finding tenants.

The future of the industrial real estate market lies in moving up the value chain, towards high-value industries or industries in the third sector of the economy - service industries.

“With that trend, pay attention to Da Nang: this market seems to be overslept but there are all prerequisites for developing high-value industrial real estate” said Troy Griffiths, Deputy General Director. Savills Vietnam Governor emphasized.