In the first six months of 2019, the Ho Chi Minh City real estate market has developed quite closely with previous predictions of analysts when the central area continued to be quiet. Experts predict that the market in the second half of 2019 is considered quite complicated and unpredictable. 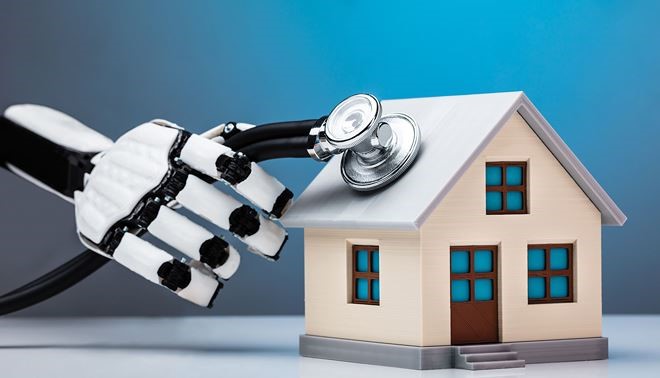 The first half of the year, the market cooled down

In the report on some difficulties and risks of real estate businesses that Ho Chi Minh City Real Estate Association (HoREA) recently released, in the first 6 months of 2019, the HCMC real estate market recorded: Receiving a decrease in the supply of projects and the supply of residential products, especially affordable housing units, social housing. The supply of new projects in the HCMC market is very scarce.

Mr. Le Hoang Chau, President of HoREA said that the above difficulties stem from legal risks when the investor has spent huge expenses on compensation and site clearance, but could not complete legal procedures, or the inability to implement a project. In some cases the fault is not due to the investor but due to the congested administrative procedure.

The reason is partly that the Department of Planning - Architecture of Ho Chi Minh City did not receive the detailed planning proposal of 1/500 scale. The problem is that the Housing Law stipulates that a commercial housing project must have 100% residential land while in most projects there are other types of land intermingled. The project is delayed in calculating the land use levy due to the complicated and lengthy process and administrative procedures, which usually takes about 1-3 years.

In addition, Mr. Chau also said that the State Bank was implementing a roadmap to gradually restrict credit to the real estate market, leading to businesses having difficulty in finding other sources of capital to replace credit portion.

"Enterprises are facing a lot of risks, such as: legal risks, financial and credit risks, risks of brand reputation of businesses and missed business opportunities" Mr. Chau said.

The second quarter market report of DKRA Vietnam also pointed out that, in the second quarter, the market would only receive an abundant new supply in the resort real estate segment, with positive sales. The townhouse/villa segment only grew slightly, especially the land plot tended to move sideways, without many signs of mutation. Apartment supply continued the downward trend and established a new bottom since 2016.

Nguyen Manh Ha, Chairman of the Vietnam Association of Real Estate Brokers, said that real estate was still an attractive field for foreign investors. From 2016 to now, FDI inflows into this field had always ranked second in the sectors attracting foreign capital. Not to mention, the impact from the economic developments in the world was not so favorable, leading to the wave of relocating manufacturing facilities to Vietnam, resulting in a sharp increase in industrial real estate transactions.

According to Mr. Hieu, over the past time, many real estate businesses left Ho Chi Minh City to invest in many remote provinces but still in the position of "both catching offshore and looking back", because after all, HCMC is still is the key market. The most important problem that causes the market to "bottlenecks" is the tightening of HCMC legal procedures to invest in new projects.

Currently, local authorities are considering options to loosen the project licensing mechanism. This has created great confidence for businesses and real estate investors.

"Once the market has confidence and enthusiasm, transactions will prosper again, although the supply is still not plentiful", Mr. Hieu said. However, this expert further analyzed, it is necessary to untie the investors of genuine business to meet objective obstacles, but the government also needs to pay attention to the strict handling of projects. ma, investors eat and cheat customers to regain market confidence.

Pham Lam, General Director of DKRA Vietnam, said that the Ho Chi Minh City real estate market has been continuously cooling since mid-2018 in both new supply and consumption of this new supply. At the present time, the market situation has many complicated developments, including positive and negative, causing concerns, as well as expect more optimistic changes.

In terms of market overview, the demand is still high and the rate of new projects is very good. Limited supply in Ho Chi Minh City has boosted the neighboring market. Over the past few months, Grade A and luxury apartments have accounted for a large proportion, while the lack of Grade C apartments has met the housing needs of the majority of the population. The shortage of supply pushes upward pressure on prices.

In addition, the deployment of transport infrastructure has not met the needs of regional connectivity and market development. At the same time, the tightening credit policy for real estate loans and the inconvenience of legal procedures have caused many obstacles for investors and buyers. Notably, the fact that some investors, brokers lack transparency in operations are causing concerns for home buyers.

“Currently, there are many different opinions. Some people believe that the market is facing the inflated bubble threshold in the years 2016 - 2017, others assess the market is still good in the medium term” Mr. Lam said.

According to Mr. Lam, although the current context is complicated and unpredictable, however, the market is adjusting to a more positive level, aiming to become more transparent and sustainable. Thereby, all components including investors, brokers, authorities, real estate buyers must also be flexible and proactively adjust for better changes.

According to Trong Tin